A step-by-step photo tutorial on how to can diced tomatoes.  It’s super easy, plus if you grow your own tomatoes, it’s a big money saver too! 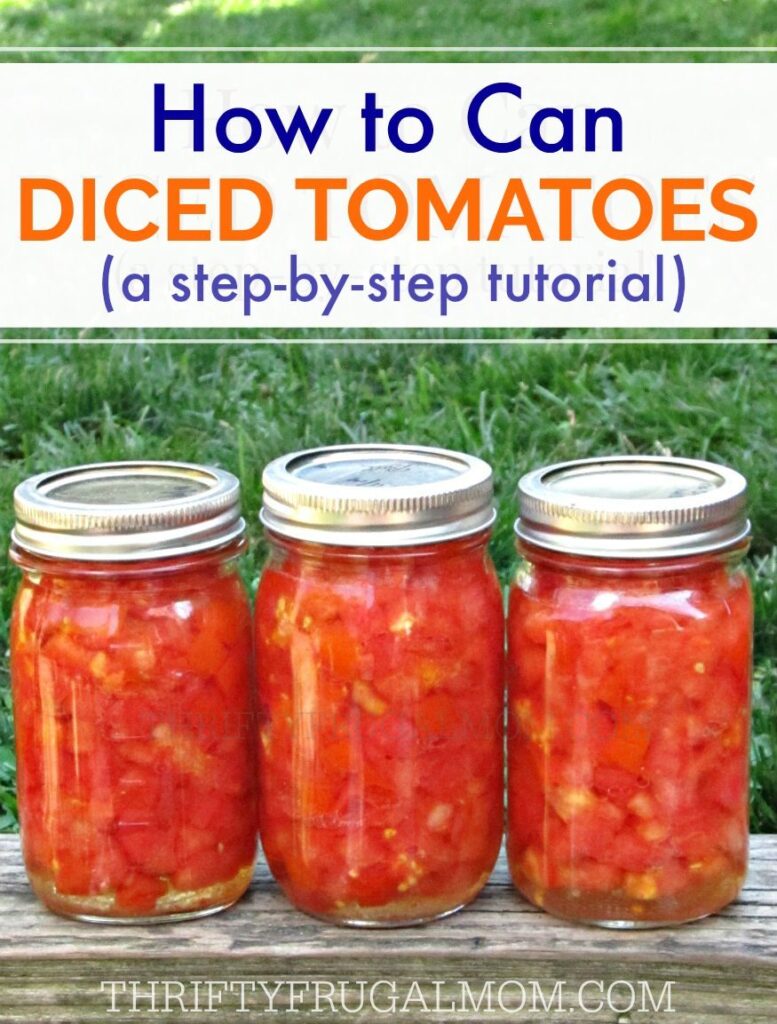 I started canning diced tomatoes several years ago after having an “aha moment” one evening while preparing dinner.  As I was opening a can of diced tomatoes that I needed for the recipe I was making, I suddenly wondered why in the world I never tried canning them myself.  I mean how hard could it be?

I grew up helping my mom can tomato juice and tomato chunks.  And every year since we’ve been married, I’ve canned tomato juice as well as things like salsa and marinara sauce, so I was quite familiar with the process of canning tomatoes.

I decided to give it a try and it worked like a charm!  It was not only super simple, it has also saved me from needing to buy diced tomatoes from the store.

Want to try canning diced tomatoes, too?  I’ll be happy to walk you through the process!

* Tomatoes, salt and lemon juice
* Dishpan or containers to put the tomatoes in
* Knife (love this one- it’s absolutely perfect for tomatoes!)
* Cutting board (The groove on this one is awesome because it catches the juice, creating less mess.)
* Vidalia Chop Wizard (Not a necessity, but you can dice the tomatoes in about half the time if you use it.)
– This gadget is also awesome for dicing tomatoes, onions and peppers for salsa and potatoes and carrots for soups.
* Wide Funnel
* Damp rag to wipe tops of jars
* Canner
* Canning jars with lids and bands
* Jar lifter
* Old towels or rags to set the hot jars on

(If you are new to canning and need to buy both the jar lifter and a funnel, it’s cheaper to get this Ball Canning Utensil Set.)

How to Can Diced Tomatoes- a step-by-step tutorial 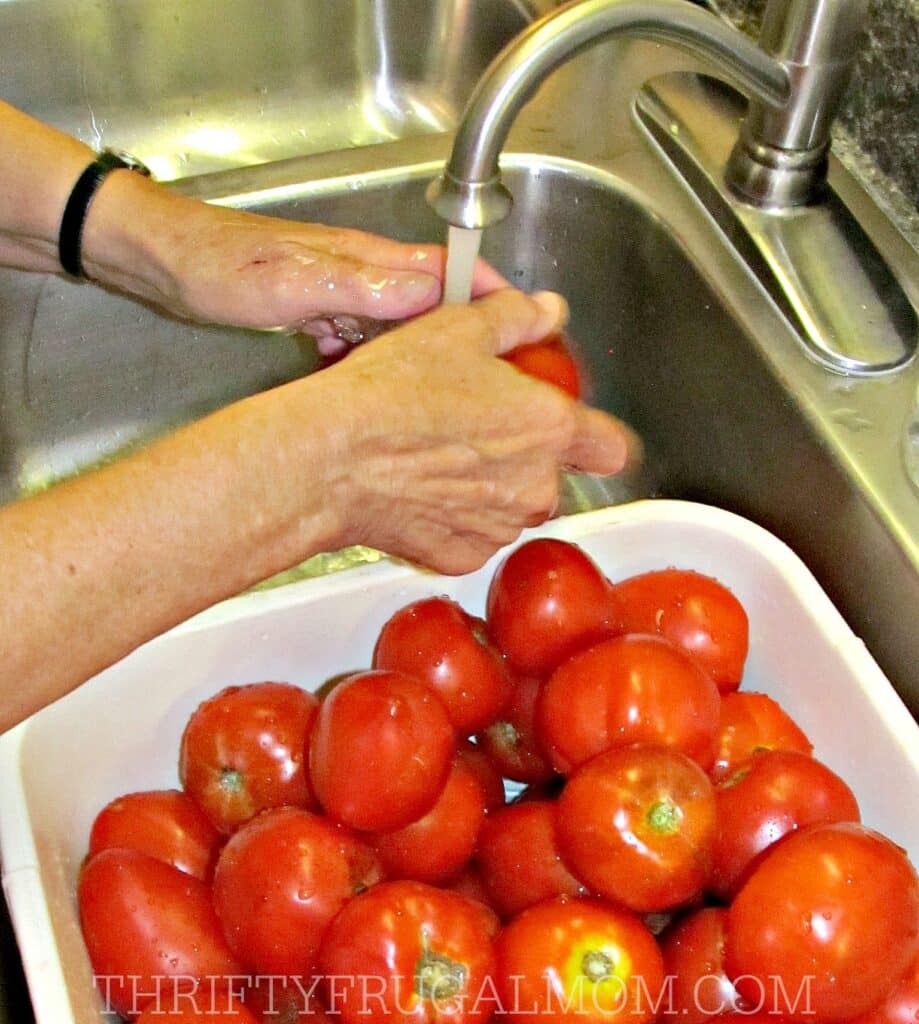 1.  Wash tomatoes thoroughly.  Cut out the stem and any defects or blemishes.  Some people also peel the tomatoes, but I never do and we honestly have not noticed the peelings at all- and I’m even funny about textures like that in food.  I figure why bother with the extra step, plus it’s a bit healthier too! 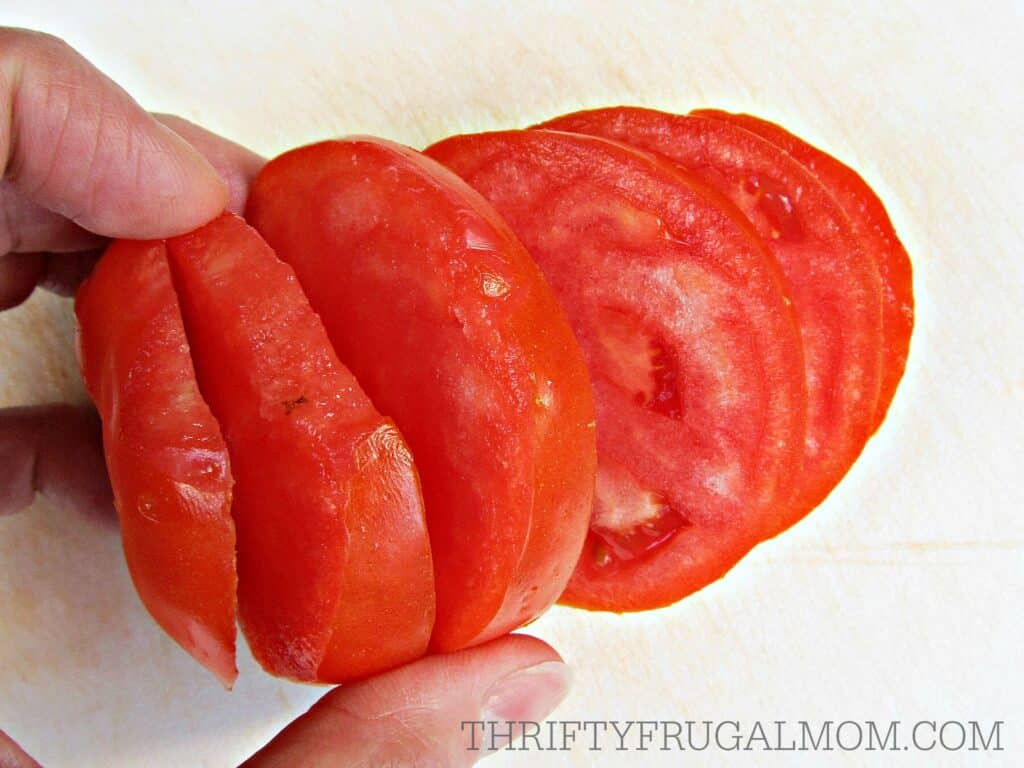 2.  Slice tomatoes into about ½ inch thick slices, then dice them into whatever size you want.  I love using my Vidalia Chop Wizard for this! 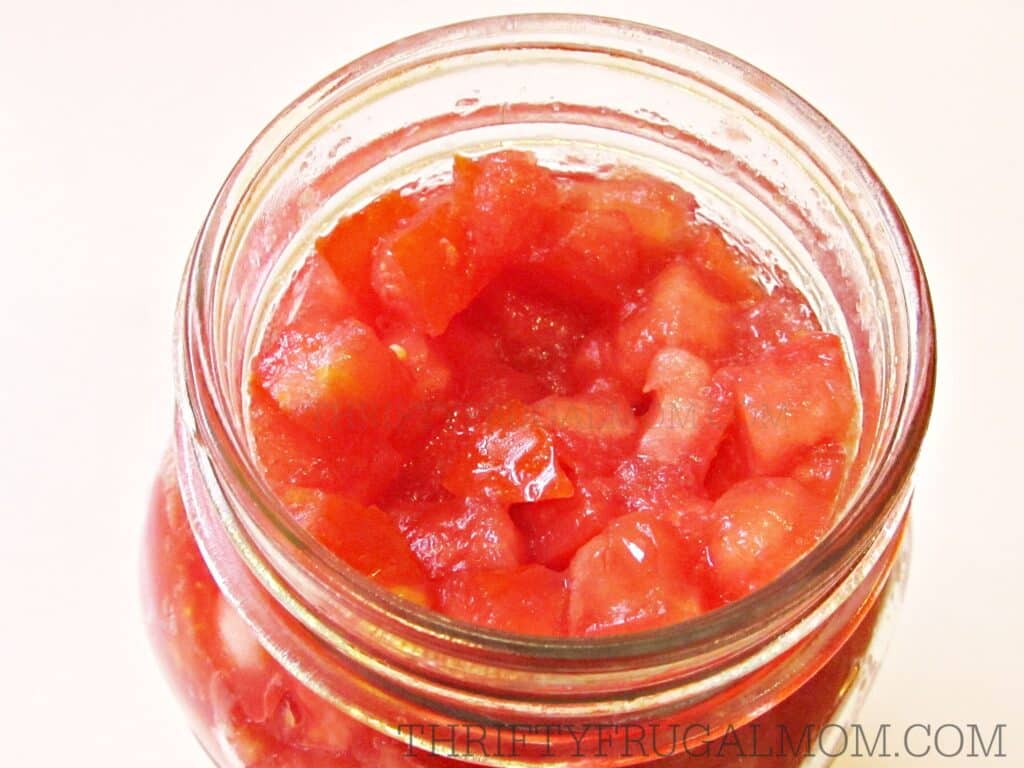 3.  Place diced tomatoes into a clean canning jar- a funnel makes this super easy.  Gently shake jar to settle tomatoes so that you can fill it completely.  The jar should be full to the base of the neck. 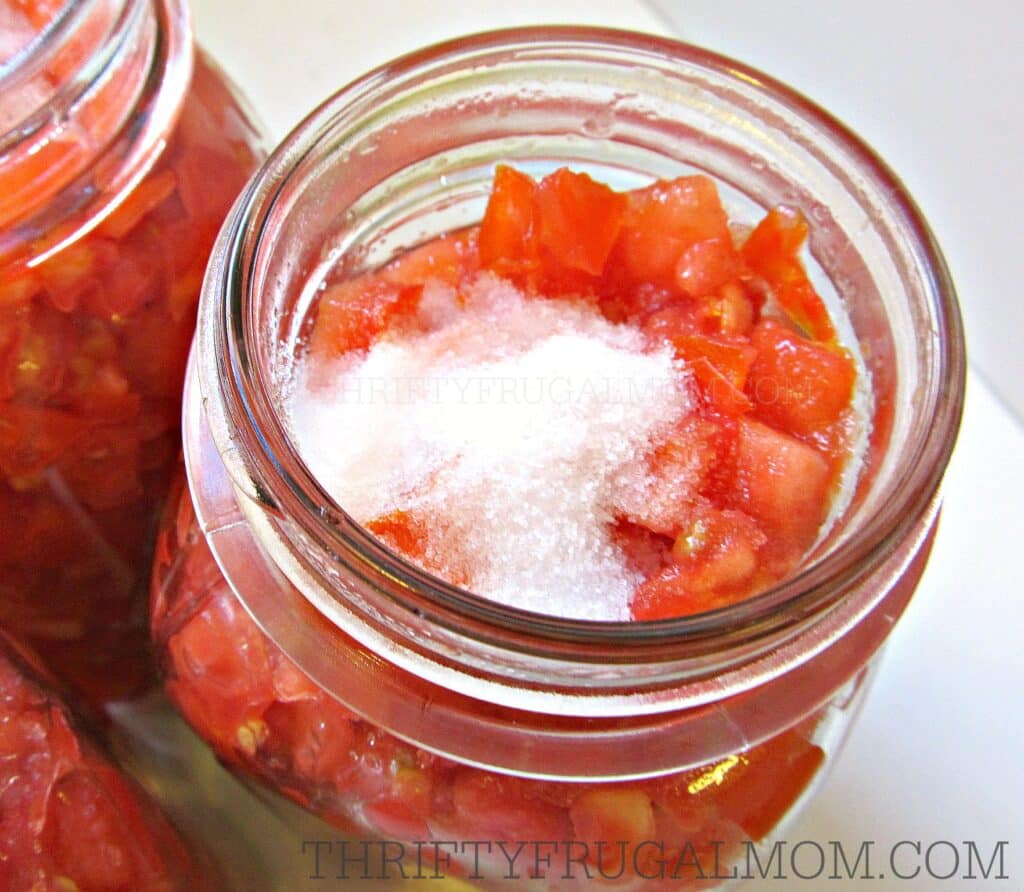 Updated to include the instructions to add lemon juice after several readers commented and said that to be safe, you really should add it.

5.  Once you have 7 jars filled, place 7 metal canning lids in a small pan.  Cover with water; bring to a boil.  Once the water boils, use a fork or lid lifter to lift the jar lids out of the water- be careful not to burn yourself!- and place them on the jars.  Secure each lid with a jar band/ring.  (Heating the lids softens the rubber, allowing for a better seal.) 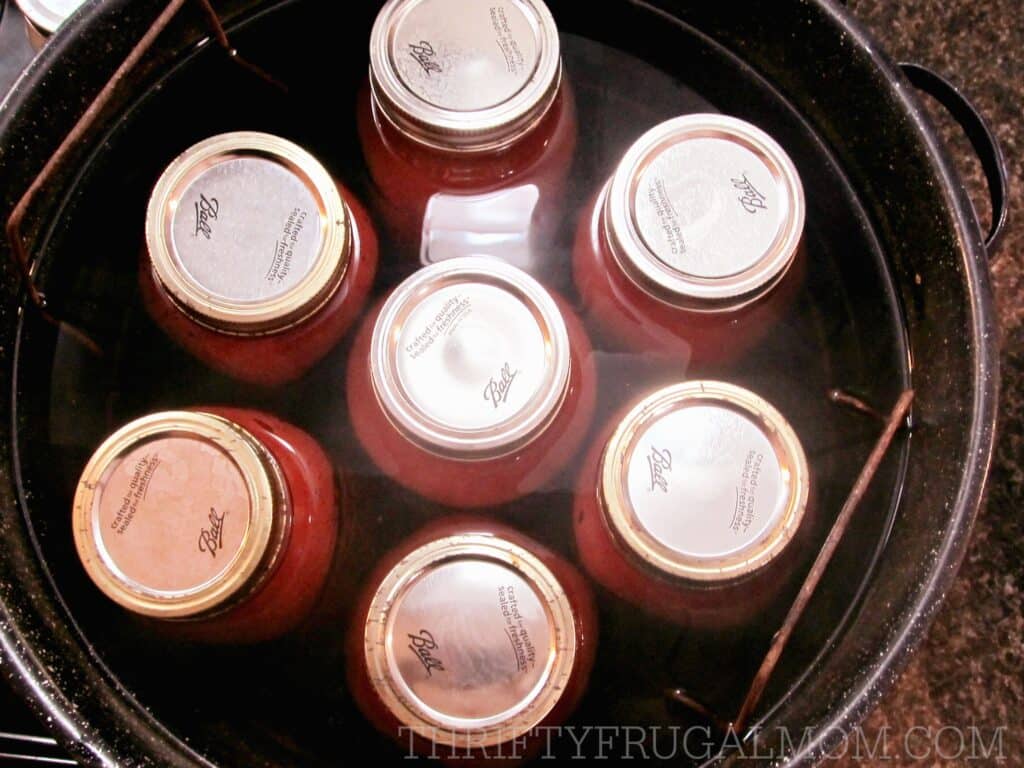 6.  Place 7 jars in canner.  Fill with enough hot water to almost cover the jars.  Turn the burner on medium high heat.  Once water starts to boil, reduce heat slightly and process for 45 minutes, making sure the water is boiling gently and steadily the whole time.  (You may need to adjust heat to keep the boil going nicely, but really, as long as it is boiling, you are fine.) 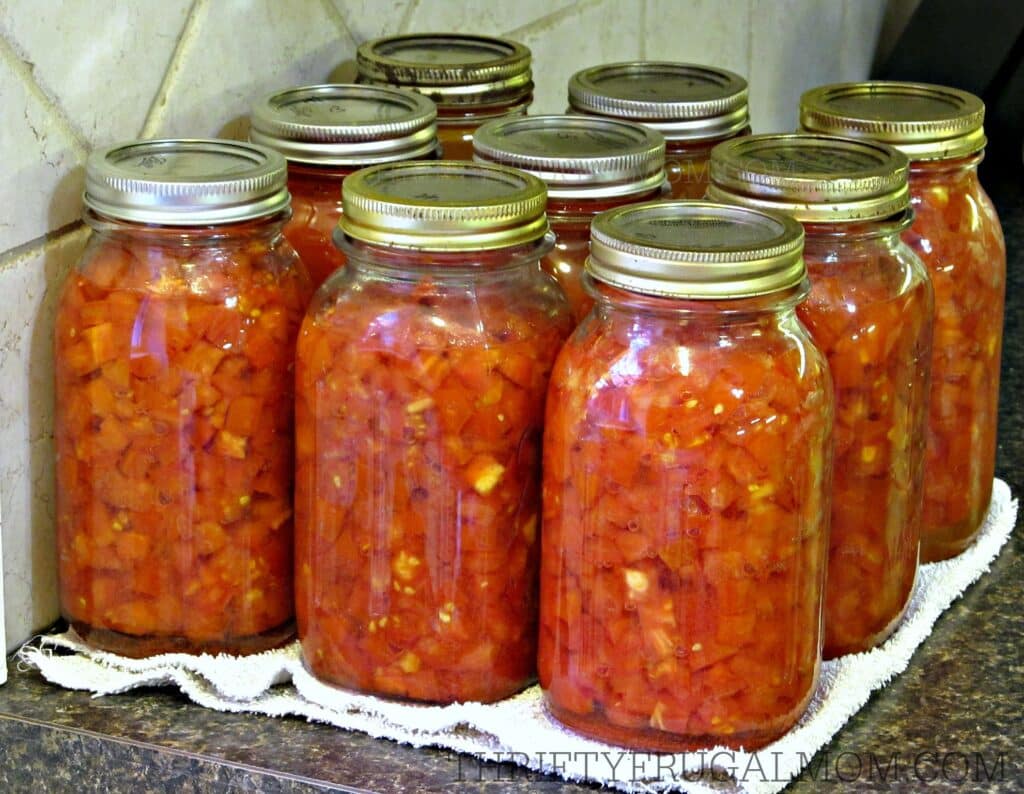 7.  After processing for 45 minutes, turn the burner off.  Remove jars using jar lifter- you may want to have a dishrag in your other hand to catch any hot water that drips from the jars as you remove them- and place on an old towel, blanket or another padded surface.  (This is to protect your counter from the super hot jars.)  Allow at least a little bit of air space around each jar, making sure not to have jars close enough to touch.  Do not move until jars are completely cool.

Jars should seal as they cool and you will typically hear a snap or pinging sound as the vacuum seal is formed.  Lids will be slightly concave when sealed.  To test the seal, once jar has totally cooled, lightly tap the center of the cooled jar lid.  If it is firm and does not move, it should be sealed.  If it pushes in, it didn’t seal properly.  You can still use unsealed jars, just put them in the refrigerator and use them as soon as possible.

After jars are completely cool, you can remove the rings.  Jars should be wiped clean before storing them. 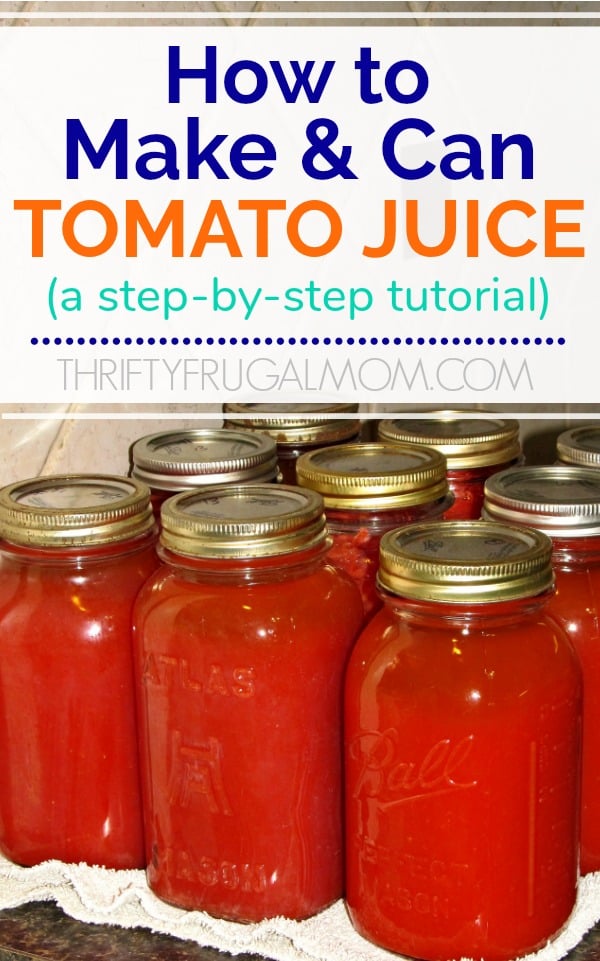