Are you guilty of tossing any of these foods? By using them creatively instead, you’ll not only lower your food waste, but you’ll also save money, too!  Such a great solution! 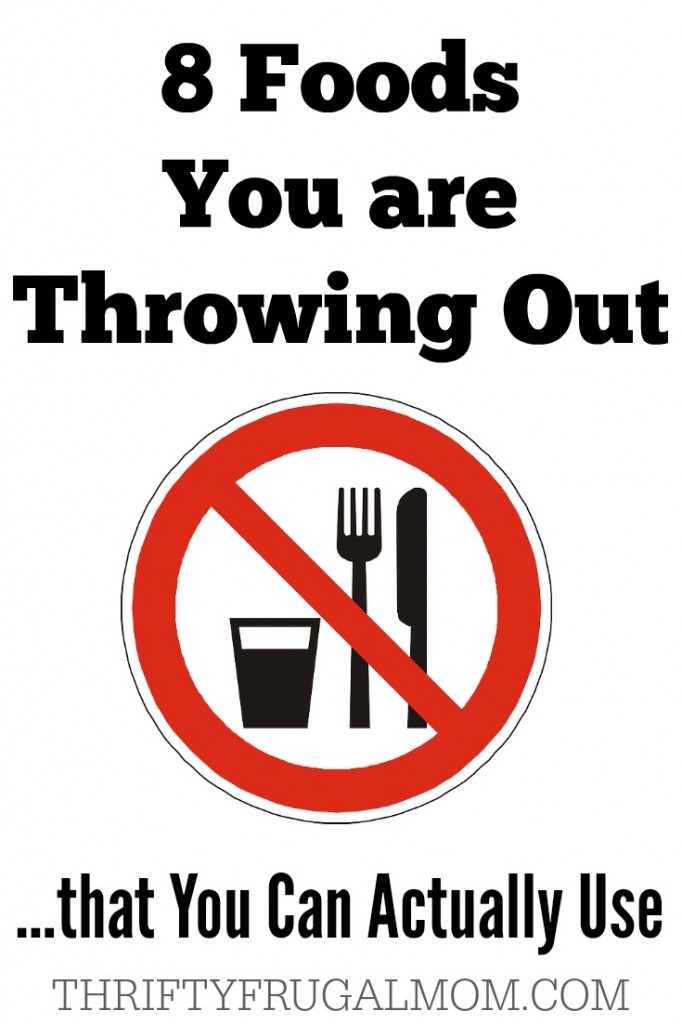 I’m one of those people that believes that it’s not just the big things we do to save money that matter, but it’s also often the little things that add up to make a big difference.

You know, the old “a penny saved is a penny earned” mentality.

That’s part of the reason it bothers me so much to throw out food and why I make a deliberate effort to reduce our food waste.

But it’s not just about saving money. It’s also about being good stewards of what we’ve been given and about using what we have wisely so we have more to give to others.

If you are trying to find food waste solutions, then I think you’ll love finding out how to create delicious food out of 8 things that people often throw out!

1.  Sour Milk
If you aren’t used to this idea, I know it sounds kind of gross. But trust me, you can use sour milk to make some absolutely delicious things!

Basically, sour milk can be used in place of buttermilk in any baked food. A few of my favorite ways to use it are pancakes, cake, and biscuits.

*When I say sour milk, I mean milk that is just starting to sour and taste bad.  If milk is starting to discolor, curdle or smell absolutely awful, it is too sour to consume.  However, it is my understanding that raw milk is a totally different story and can be safely used even once it starts curdling.  Please use your own discretion!

2.  Chicken/Turkey Bones
Did you know that you can make a wonderfully delicious homemade chicken stock using chicken bones?

For years I didn’t know this either, and when I cooked a chicken or turkey, I innocently threw out the bones. Not any more! I love that it is not only super easy to make but also incredibly healthy too!

3.  Bacon Grease
If you are frying your bacon and then just throwing out the grease, please stop! Seriously! Instead, save it and give these 25 amazing bacon grease uses a try!

The great thing about bacon grease (other than it’s delicious flavor) is that it won’t spoil for a long time. As long as you keep it in the fridge it should be good for at least 6 months. 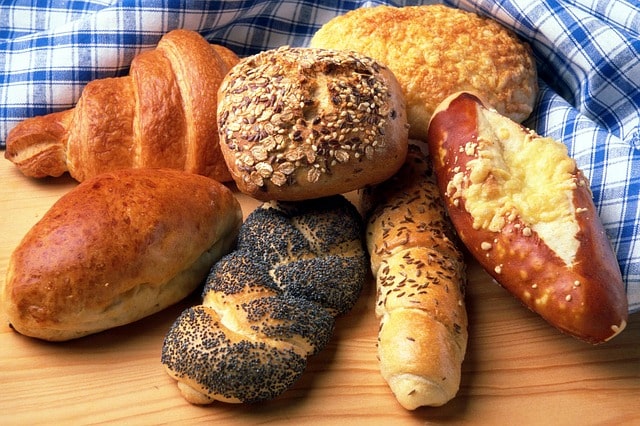 4.  Stale Bread
Don’t you just hate when you have bread dry out or get stale on you? I know it’s tempting to just toss it, but there are actually lots of easy ways to use it and you won’t even notice that it is old.

Use it to make:

5.  Ham Broth
You know how you have all that rich ham broth left after you cook a ham? It always bothered me, but I used to just throw it out because I simply had no idea what to do with it.

I mean, when was the last time that you saw a recipe using ham broth?

Then one day, I decided to experiment with a recipe that I was making that called for chicken broth. I used half ham broth, half chicken broth and it ended up being really good!

And I’ve used up my ham broth that way ever since. It works especially well in soup recipes such as Salsa Chicken Soup or Tomato Basil Parmesan Soup or in casseroles.

PRO TIP: Since ham broth is generally stronger in flavor than chicken broth, I wouldn’t substitute it for more than half the amount of chicken broth.

Also, depending on how salty your broth is, you may want to reduce the amount of salt that the recipe calls for. It’s always easier to add more if needed!

6.  Stale Chips and Crackers
Arrange stale chips and crackers in a single layer on a cookie sheet and pop them in the oven at 375º for 5 to 10 minutes. They’ll be deliciously crisp again!

7.  Brewed Coffee
Don’t throw out that leftover coffee! While you won’t get a coffee flavor, using coffee in place of water in chocolate cake gives it a richer flavor.

You can also freeze the coffee as ice cubes to make yummy homemade peppermint mocha or caramel frappuccinos.

And if you hate waiting for hot drinks like coffee or hot chocolate to cool down, add a coffee ice cube to help you be able to sip it sooner.

Check out my other ideas for using up your leftover coffee here!

8.  Dried Out Cheese
Occasionally, I’ll have a block of cheese that is partially dried out because it didn’t get sealed very well when it was put back in the fridge.

Instead of throwing it out, I simply grate it and use it in soup or to top a casserole. Once it melts, no one will have any clue.

Do you have any creative solutions to use “old” food and reduce food waste?