Not sure what to do with bacon grease?  There’s no need to toss it!  Instead, give one of these amazing uses for bacon grease a try!  You’ll save yourself money and reduce your waste too.  It’s a win all around! 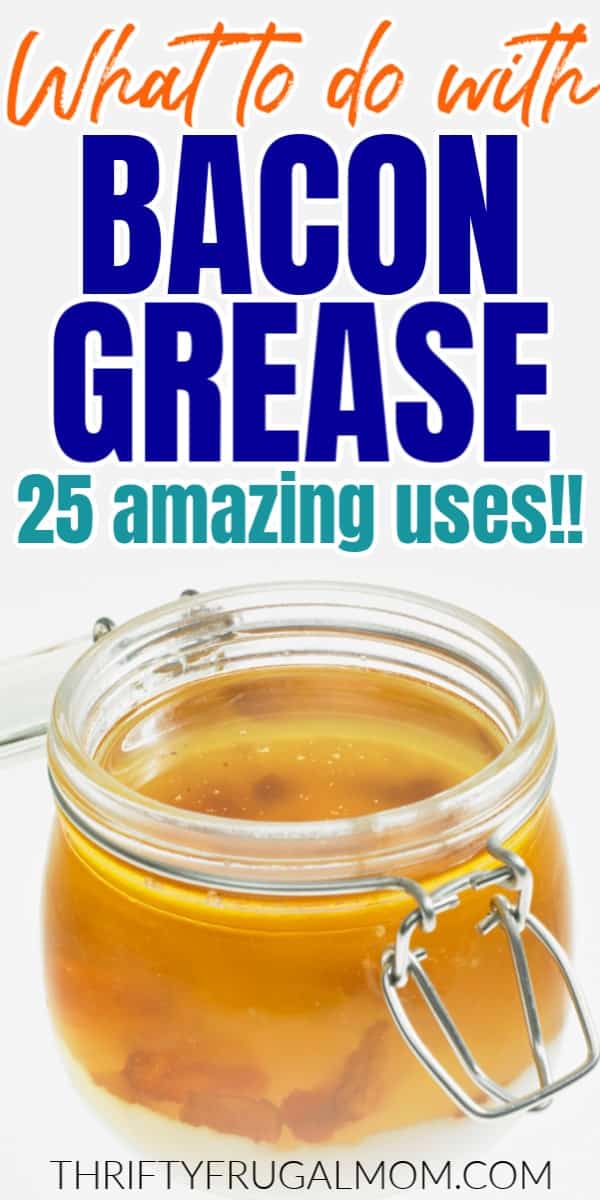 I’ve been knowing to jokingly call bacon grease liquid gold because, in my opinion, it seriously is almost amazing as bacon itself!  And with the price of bacon….

Years ago, it was common for pretty much everyone to save bacon grease to use in their cooking.  But somewhere along the way, things changed, and anymore a lot of people just throw it in the garbage instead.

Which honestly leaves my frugal, bacon grease loving self a bit horrified.  Because there are so many different uses for bacon grease that not only taste amazing but also help save you money and reduce your food waste too!

But before I get to all the great uses for bacon grease, I want to first address a few other important questions that I’m sure some of you will have!

How should you store bacon grease?

I like to pour the liquid grease, bits of bacon and all, into a small glass jar and then once it’s cooled, I stick it in the fridge.  It will keep for up to 6 months this way!

You can also freeze it if you prefer, which would obviously make the shelf life much longer.

Some people prefer to render the bacon fat, which simply means they strain out the bits of bacon in the grease before saving it.

This is really only necessary if you plan to keep the bacon fat at room temperature on your kitchen counter.  Apparently, it will typically stay good for several weeks, as long as there are no pieces of bacon in it.

Just stick with glass, room temperature jars and you should be fine!

Now that you know how to store the grease and how long it will last, let’s get on with all the great ways that you can use it!

You’ll notice that lots of these ideas will also save you money since they allow you to reduce the amount of butter or oil that you use, which of course makes my frugal heart happy! 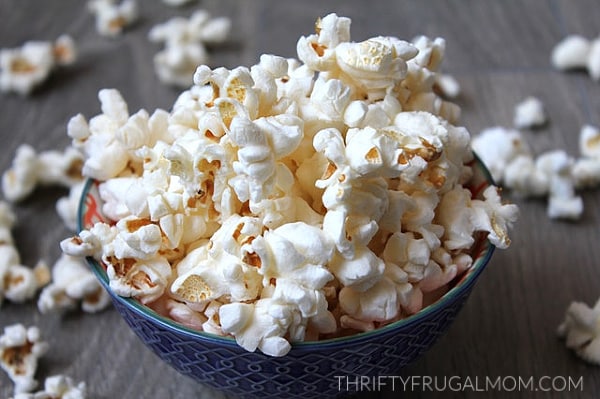 1. Popcorn
Use bacon grease instead of butter on popcorn for amazing flavor!

2.  Corn
Add it to cooked corn or use it instead of butter on corn on the cob.

3.  Mashed Potatoes
Substitute bacon grease for some of the butter in mashed potatoes for a bit of extra flavor.

4.  Baked Beans
Add a dollop to baked beans to make them extra yummy!

5.  Biscuits
Replace for part of the butter in homemade biscuits.

6.  Caramelize | Saute Onions
Use instead of butter or oil to caramelize or saute onions (and peppers)! 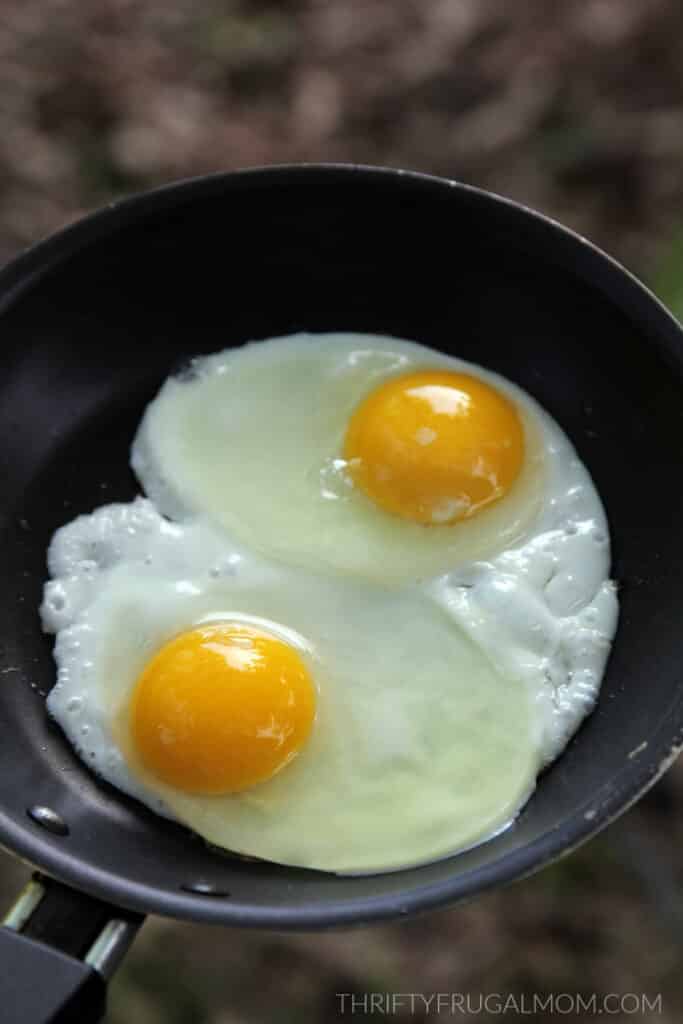 9.  Frying Eggs
This is probably the classic way that pretty much everyone uses their bacon grease.  Growing up, it was the only thing my mom ever did with it!  But it makes amazing tasting eggs, so it totally makes sense!

10.  Green Beans
Another classic use is to add a bit to cooked green beans.  So tasty!

11.  Corn Bread
Swap part of the butter in cornbread with bacon grease for extra deliciousness.

12.  Hamburgers
If you’re frying hamburgers, use bacon grease instead of oil and you’ll kind of get the taste of a bacon burger!

13.  Roasted Chickpeas
Use it in place of oil when you make roasted chickpeas.

14.  Mac and Cheese
Take this classic up a notch by adding some bacon grease in place of part of the butter.  Yum!

15.  Frying Potatoes
Mmmm….this makes some of the best tasting potatoes ever!

16.  Roasting Vegetables
When roasting veggies, add a dab of cold grease and once melted, stir veggies to coat.

17.  Quesadillas
Use in place of butter or oil to brown quesadillas.

18.  Fried Rice
Instead of oil, use bacon grease.  You’ll end up with extra delicious fried rice!

19.  French Toast | Pancakes
Use it to fry your french toast and pancakes.  The flavor pairs really well with maple syrup!

20.  Bacon Mayonnaise
I never made bacon mayonnaise but happened across this recipe and had to include it because I mean, how could I not?!  I kind of wonder though if you couldn’t also just mix a bit of melted bacon fat with regular mayo for a similar taste?

21.  Soups | Stews
Flavor soups and stews by using it to saute veggies or to make a roux.

22.  Gravy
Switch out the butter for bacon grease to add more wonderful flavor.  Sounds like good gravy to me!

23.  Homemade Croutons
Add extra yum to your salads by subbing it for butter or oil in homemade crouton recipes.

24.  Season Cast Iron
Use cast iron for your cooking and baking? Bacon fat works great for seasoning it!

25.  Fire Starter
Use bacon grease to make one of these simple fire starters and you’ll be enjoying a roaring fire in no time!