Swapping out recipe ingredients for less expensive options can be a great way to save money on groceries! Discover my favorite simple recipe substitutions that will help you trim your budget and cut expenses. 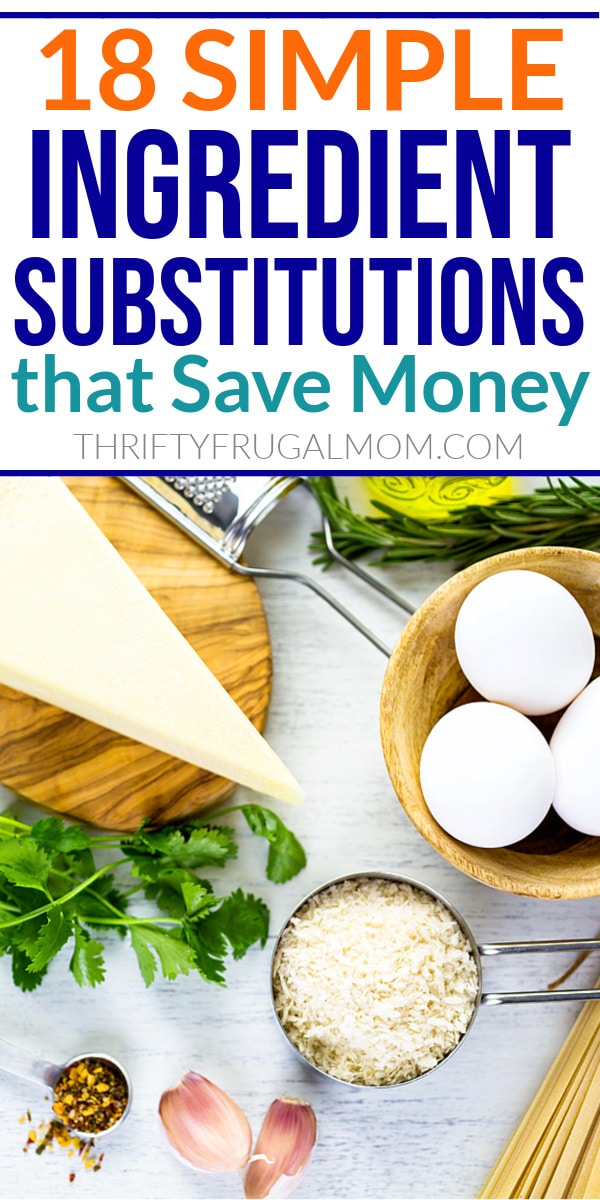 I share a lot about saving money on food- simple grocery saving tips, the meals we eat on our $350 budget, how our freezer is worth its weight in gold and lots more.

But I’ve never talked about how I use ingredient substitution in recipes as a simple way to save money!

Which is kind of crazy, since it’s something that I do all the time.

Tweaking recipes to work with the ingredients that you have on hand or that you can get less expensively is such a great, easy way to cut grocery costs.

Does it ever change the final product and make it not quite as good?  Yes, sometimes.  But, if done properly, rarely in ways that really make that much of a difference.

Here are the main ingredient substitutions that I use regularly to cut costs.  I hope that they can help you too!

1.  Butter
I used to substitute Crisco for butter.  And while that is less expensive, because of the ingredients, I have chosen to not use Crisco anymore.

I do, however, sometimes substitute oil or applesauce for up to half of the amount of butter in recipes for baked goods.

2.  Cream
Cream tends to be pricey, and I rarely use it in main dish recipes that call for it.  Instead, I replace the cream with an equal amount of whole milk, and occasionally I’ll add a little bit of butter too.

Yes, the end result is not quite as rich and creamy, but to be honest, it’s still delicious and we don’t even think about it!  Plus, we’re consuming fewer calories by using milk too.

If a dessert calls for cream, I evaluate what the purpose is.  If it’s simply to make it creamier, I typically will just use milk instead.

However, if it’s something like ganache or Homemade Cool Whip, where not using cream would affect the end product rather drastically, obviously, I go ahead and use cream!

3.  Cheese
You might be surprised to know that I rarely use any cheese other than cheddar and mozzarella.  (Well, I use Parmesan too, but in my mind, that’s a bit different than softer cheeses.)

If a recipe calls for another kind of cheese, I just sub whichever cheese I think would pair the best.

I realize that some kinds of cheese are the same prices as cheddar and mozzarella, so it’s not necessarily less expensive in that sense.

But it simplifies things for me and I find that I save money because I never have cheese spoil like I did when I bought other varieties for a specific recipe and then forgot to figure out a way to use it before it went bad.

4.  Fresh Parmesan
Parmesan in a jar is much less expensive than fresh parmesan or even pre-shredded Parmesan. I pretty much always used the jarred kind any time Parmesan is called for in a recipe.

The exception being something like Caesar Salad, where the texture of the jarred Parmesan just wouldn’t work well. 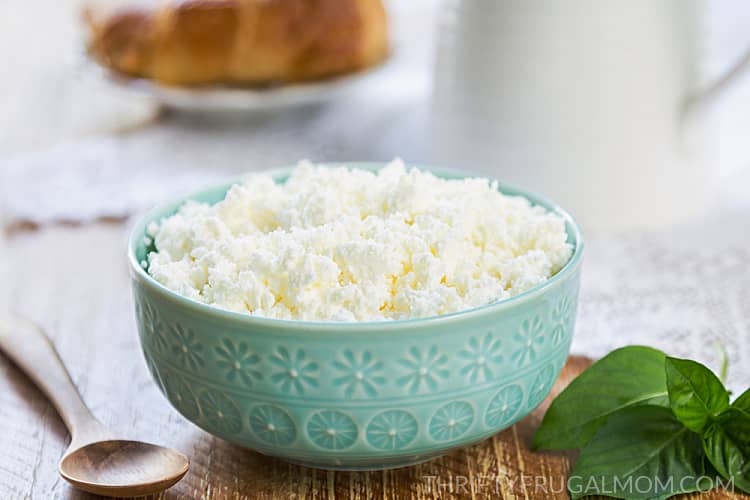 5. Ricotta Cheese
I love ricotta cheese. But at many stores, it’s more expensive than cottage cheese, so most times that is what I substitute.

If the cottage cheese is large curd or I think that the difference in texture will be noticed, I just blend it a bit.

6.  Sour Cream
Did you know that you can use sour cream and plain Greek yogurt interchangeably in many recipes? In fact, I have even occasionally used just plain regular yogurt before in baked goods instead of sour cream.

For main dishes where you might taste the difference more, I’ve found that mixing half sour cream with half yogurt seems to do the trick. You barely notice the taste difference this way but it can save you money if one of these items is more expensive than the other!

7.  Half and Half
If a recipe asks for half and half, I’ll just use milk.  In fact, I don’t think I’ve ever bought half and half in the 14 years that we’ve been married!

On the rare occasion that I think the extra richness of half and half would add something to the recipe, I make my own by taking 2 tbsp. melted butter and adding enough milk to make 1 cup.

8.  Buttermilk
I’ve never bought buttermilk either.  Instead, I make my own.  It’s super easy!

For every cup of buttermilk that you need, take 1 tbsp. white vinegar or lemon juice and then add enough milk to equal 1 cup.  Let it sit for several minutes to thicken before using.

This homemade buttermilk works wonderfully in baked goods and it’s much cheaper too! 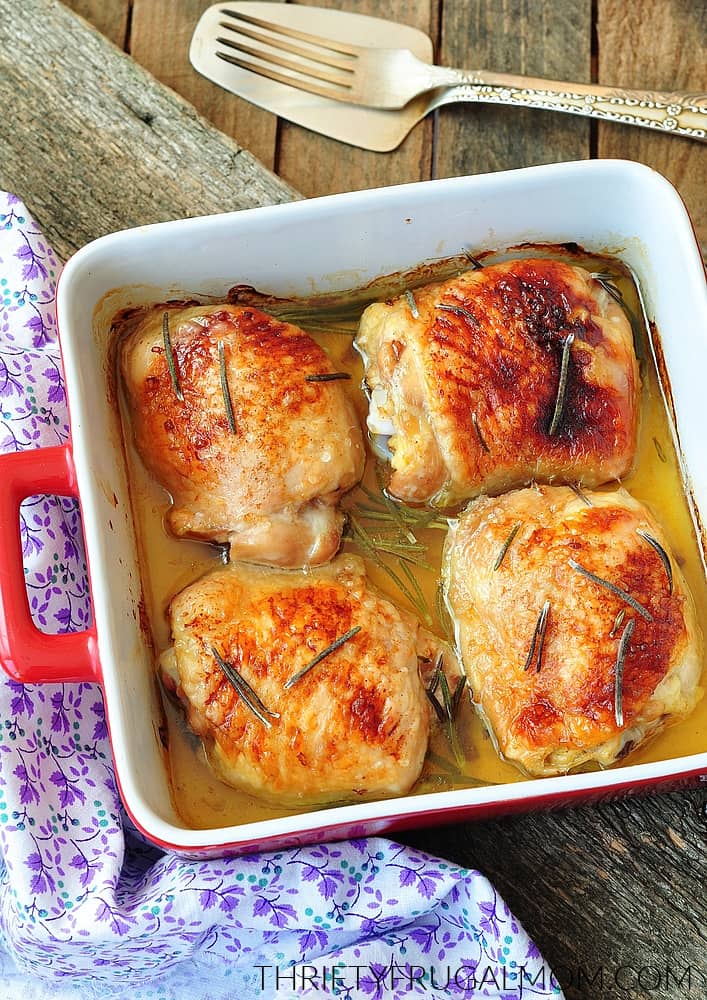 9.  Chicken Breast
I rarely buy chicken breasts and instead most times I sub chicken thighs since they are cheaper.  Plus, we like the taste of the darker meat more too!

10.  Ground Turkey
You can swap ground turkey for ground beef in pretty much any recipe.  And since ground turkey typically costs quite a bit less than ground beef, it’s a simple way to save money.

11.  Meat
This won’t work in every recipe, but when it makes sense, I swap some of the meat for black beans.  It’s a great, less expensive way to get protein!

12.  Fresh Herbs
I love using fresh herbs!  But unfortunately, unless you grow them yourself, fresh herbs are quite a bit more expensive than dried. And, often I have trouble remembering to use them up before they spoil too.

So, generally, I just stick with dried herbs.

If you aren’t sure how much to use in a recipe, just Google!  It’s pretty easy to find the fresh vs. dried amounts. 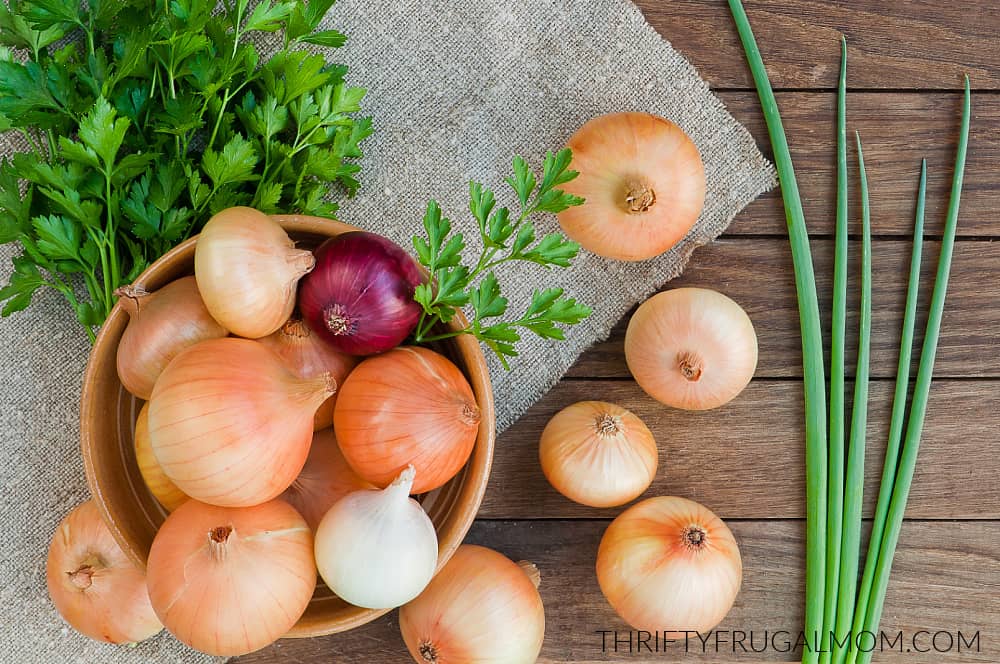 13.  Shallots | Leeks | Scallions
I know that shallots, leeks, scallions and onions all have slightly different flavors. But for the sake of simplicity and cost, I just always use onions.

14.  Fresh Lemon Juice
I very rarely have fresh lemons on hand.  But I’ve discovered that bottled lemon juice works pretty well as a substitution in many recipes.

If a recipe calls for the juice of one lemon, you can use 2 to 3 tbsp. of bottled lemon juice instead.

17.  Pasta
I frequently swap out one variety of pasta for another.  For example, if I don’t have macaroni on hand or was able to get rotini at a cheaper price, I will use rotini in this Beef Macaroni Skillet.  I have also substituted broken up spaghetti in place of macaroni.

Basically, I’ll use whatever I have on hand that seems to be the closest to whatever pasta is called for in the recipe.

18.  Pine Nuts
The only recipe that I make that uses pine nuts is pesto, and I always sub sunflower seeds instead. They’re way cheaper and provide a mild nutty flavor. We think it’s delicious!

Other posts that you’ll enjoy: