Made from just 3 simple ingredients, this homemade Cool Whip substitute is so easy to make & ridiculously delicious! You’ll never want to buy the stuff from the store again.  Homemade whipped cream for the win! 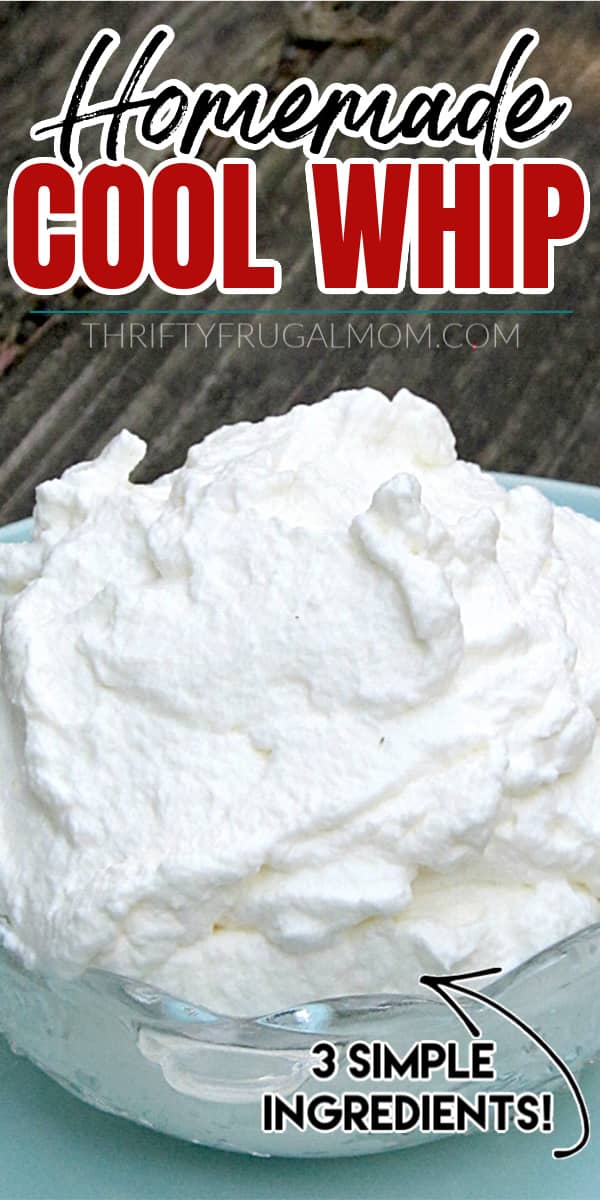 There are affiliate links in this post. If you use these links, I may earn a commission- please read my full disclosure policy.

I remember as a child being in awe as I watched my mom dump cream into a mixing bowl and then a couple of minutes later produce fluffy homemade whipped cream, with beautiful peaks.  It seemed almost magical!

And I especially loved when she’d let me lick off the beaters after I sat there mesmerized watching them whirl around, the cream gradually thickening.

Eventually, my mom started using Cool Whip more instead of real whipped cream.  But I always had an affinity for the real thing.

Once I was a homemaker myself, I started becoming a bit more health-conscious and realized that the list of ingredients in Cool Whip wasn’t exactly pretty.  But since it was usually a lot cheaper than real whipped cream, our tight budget usually won the decision and most times I relied on the bought fake stuff. 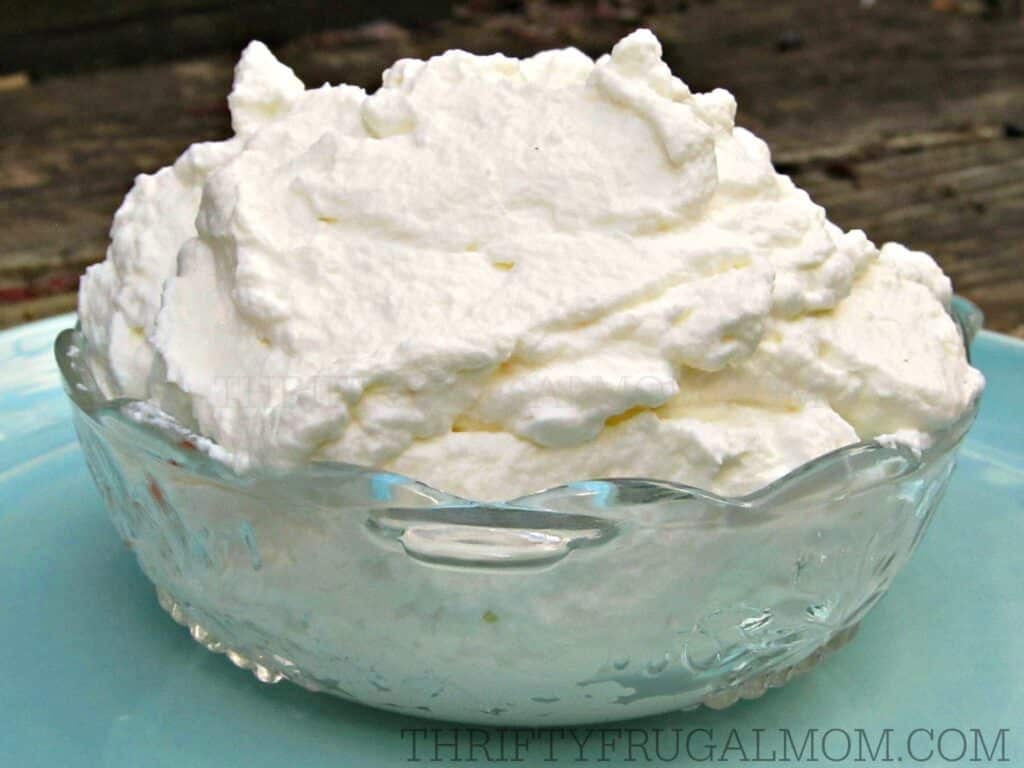 Then several years ago I made an exciting discovery!  Aldi sells heavy cream for $1.99 a pint and one pint makes the equivalent of 2 Cool Whip containers full of real whipped cream.  That makes it very inexpensive at just $0.99 for every 2 cups of whipped cream!

So I started making my own and haven’t looked back since.  If a recipe calls for Cool Whip, I make my own homemade “Cool Whip” with whipping cream and sub it instead.  It not only tastes more delicious, but it is also much healthier too!

How to Make Cool Whip

To make the Cool Whip, just add the heavy whipping cream to a bowl, then use an electric mixer to whip it up until it starts to thicken.  Once it becomes fluffy and forms soft peaks, you add a bit of sugar and vanilla and mix a bit more.

Some people say that it’s important that you use a chilled bowl when you make DIY Cool Whip, but my grandmother, mom nor I have ever done that and it’s never been an issue. So I say, keep it simple and just use a room temperature bowl!

Disclaimer: This Cool Whip substitute is not dairy-free like real Cool Whip and therefore is not a good substitute for anyone that is lactose or dairy intolerant. 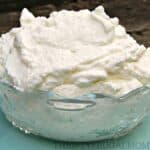 While you can store whipped cream in the fridge, it will usually get a bit runny as it sits.  So it works best if you wait to make it until you are ready to use it. If you buy raw milk, you can also use the cream from it to make whipped cream. Just be sure to let the milk stand for several days so the cream separates out really well. Then use only the thickest cream from the very top, making sure not to get any milk in it at all.  If your cream gets milk in it, you won't be able to get it to thicken.

Other recipes that you’ll enjoy: