Looking for a good homemade Alfredo sauce recipe? This healthier Alfredo sauce is half the calories of classic Alfredo, but just as good! It’s so easy to make and freezes really well too!

I have fond memories of making full-fat Chicken Alfredo from scratch for my husband back when we were dating. The poor guy was baching it, and while he did an amazing job of keeping up with laundry, cleaning, organizing and the like, he kind of suffered in the food department.

As in every day for lunch, he had cheap bologna sandwiches with no cheese on the least expensive store-bought white bread he could find.  Blech!

Thankfully he also consumed lots of fruit and veggies too, so hopefully, that helped counteract some of the awful ingredients in some of the “cheap” food he consumed!

At any rate, his food left a lot to be desired most of the time in the taste department.  So when he came to visit me at my parent’s place on the weekends, I liked to try to feed him well!

And because I’ve always loved Alfredo, I’d often whip up a recipe of homemade from-scratch Chicken Alfredo with fettuccine for him.

You know, the classic recipe made with heavy whipping cream and lots of cheese? Boy was it good, even if it was a couple hundred calories per bite! 😉 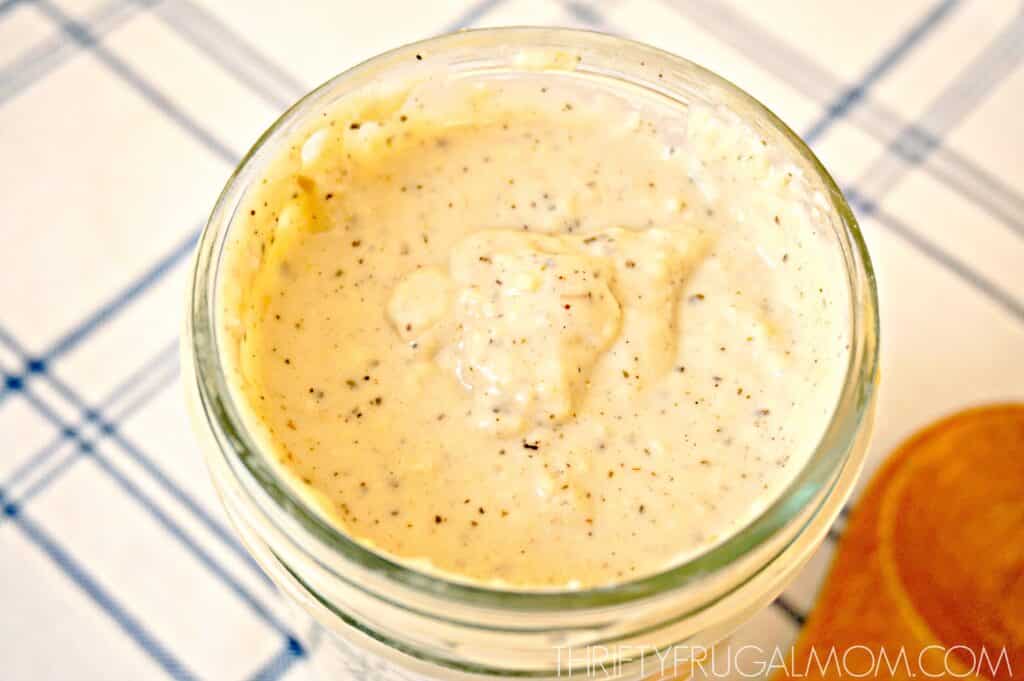 Fast forward several years and I was now a young mom with a few stubborn extra pounds, facing the realization that I could no longer eat whatever I wanted, whenever I wanted and maintain a healthy weight.

For the first time in my life, I started caring about how many calories were in the food that I ate.

In fact, in an effort to get rid of those stubborn extra pounds, I began calorie counting, and it, of course, didn’t take me long to figure out that traditional Alfredo sauce isn’t exactly going to be your best friend when you’re calorie counting!

How to make homemade Alfredo sauce with milk instead of cream

I started looking for a way to make homemade Alfredo sauce and stumbled across the idea of making it with cream cheese and milk instead of heavy whipping cream.

What?!  Now that sounded doable!  And I loved that it was cheaper to make too!

After some experimentation and tweaking, I finally came up with this healthier Alfredo sauce recipe that we love.

In fact, it’s so yummy that I don’t think you’ll even realize it’s not the classic full fat Alfredo!

And while it’s still definitely not a health food recipe, I love that I can enjoy it occasionally without guilt, since it has right around half the calories of classic homemade Alfredo sauce.

And of course, if you compare it to store-bought sauce, it’s a total win!  Because it contains just 8 simple ingredients, unlike any jar that you pull off the shelf.

We love this homemade Alfredo sauce over pasta, as a sauce on pizza (I often mention our Chicken Alfredo Pizza in my frugal menu plans), mixed with tomato sauce as a bread dip and in this Applebee’s Spinach Dip.

Can you freeze Alfredo sauce?

You sure can!  I freeze this homemade “healthy” Alfredo sauce all the time.

In fact, I often make a double recipe to save time and then just freeze what I don’t need to use later.  The consistency changes every so slightly, but it’s not enough to matter. 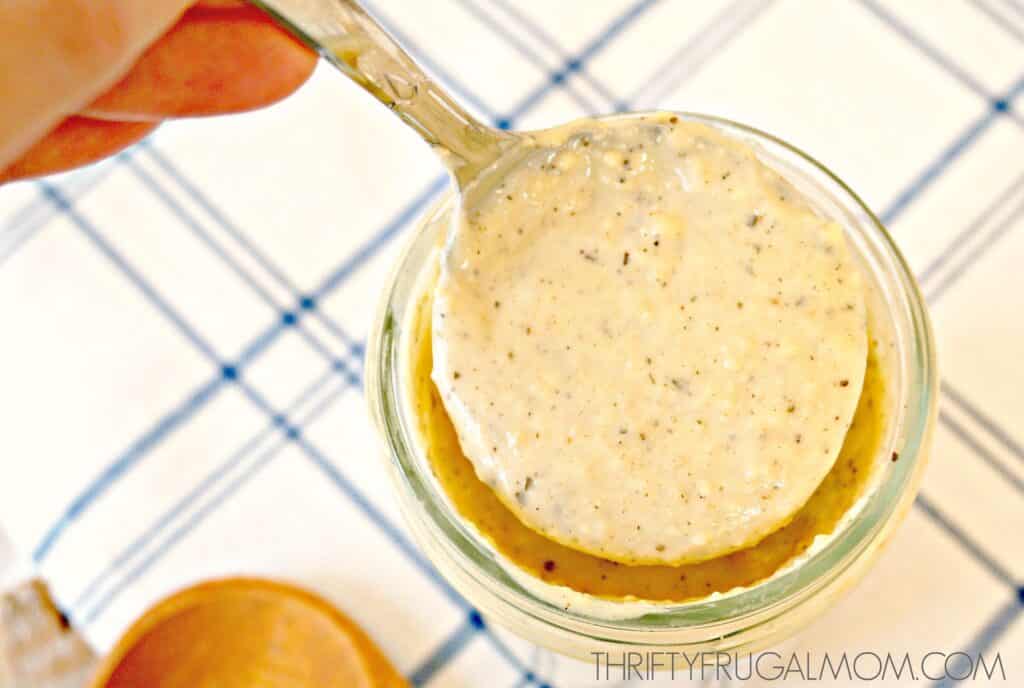 This healthier homemade Alfredo sauce is half the calories of classic Alfredo, but just as good! It’s so easy to make and freezes really well too!

* Full fat milk and regular cream cheese can be used instead, your Alfredo Sauce will just have more calories. 🙂 This Alfredo sauce will become almost solid when refrigerated. Once reheated though, it thins down again.  If it still is thicker than you prefer, just add a bit of extra milk to get it to the desired consistency. This Alfredo Sauce also freezes well! I often make a double batch and freeze half of it.